It’s a safe bet that the city you live in plays an important role in determining whether or not you’re happy.

The following is a guest post from Andrea Davis from HomeAdvisor

HomeAdvisor recently completed a first-of-its-kind survey of homeowners to determine where America’s homeowners are happiest and which factors contribute to their happiness.

HomeAdvisor carefully analyzed the responses to an email survey sent out to more than 1 million homeowners across the country. The survey results were then used to assign each of the 50 US states and 36 major metropolitan areas across the country with a Happy Home Score. With all the answers received and the results calculated, the five happiest cities in the country were (in order):

You can find out where your city ranked by clicking here and using the full results of our survey to compare your state and city to other places throughout the country.

Methodology of the Survey

A total of 17,629 homeowners from 39 different states and 36 metropolitan areas responded to the survey. Included in the survey itself were 87 questions designed to gauge the happiness of homeowners in different cities. These questions included:

So which factors proved the most vital in helping a homeowner determine their happiness with their city?

HomeAdvisor’s survey found that the happiness of homeowners depends on a combination of three factors, regardless of location: accessibility, community and dwelling.

Residents of various cities gave high marks to shorter commutes and practical public transportation. As such, it’s no surprise to see cities such as San Francisco and Los Angeles topping the list. Los Angeles, the nation’s second largest city, often receives a bad rap for its congested freeways and disjointed public transit system.

But survey results found that most residents overcome these factors by choosing to live close to work. Among respondents, 55% live and work in close proximity. 60% of respondents said their commute was reasonable and 82% reported having easy access to highways. Los Angeles also performed well in the second happiness category: affordable, well-functioning dwellings. In Los Angeles, the average home is just 36 years old, with 88 percent of homes in the immediate area having been renovated recently. Among respondents, 69 percent were happy with the layout and size of their home. Another 56 percent said they have adequate storage in their homes. Amazingly, with an average home price of $759,000, more than half of respondents said the cost of living is reasonable in Los Angeles.

Finally, there’s the factor of community, which is described as a sense of diversity, safety and a strong neighborhood network. The residents of Los Angeles gave their city of 10.1 million people high ratings for community as well. Some 70 percent said they feel safe in their community, with 63 percent expressing trust in their police, fire and medical services. The sense of community in individual neighborhoods was also important. 65 percent of respondents said they trust their neighbors, while 62 percent enjoy their neighbors.

No matter where people live in the U.S., happiness ultimately comes down to accessibility, community and individual dwellings. Don’t forget to check out our survey results to see what respondents in your area had to say about their happiness!

Looking for a home in one of the country’s happiest cities? Head to coldwellbanker.com to search for properties or connect with a real estate agent in your area!

Christian is the Senior Brand Media Manager for Coldwell Banker Real Estate. In this role, he oversees social media for the brand as well as media planning for all national advertising campaigns. Originally from Miami, Christian moved to New Jersey from Atlanta in 2015. In his spare time he enjoys traveling, hanging with friends and binging TV's latest hits. 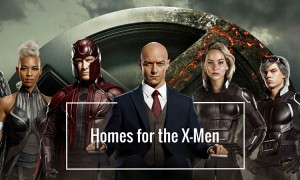 7 X-Cellent Homes From Around the World for the...

Because after a long day of battling Apocalypse every mutant deserves a super place to call home.
Lindsay Listanski May 11, 2016 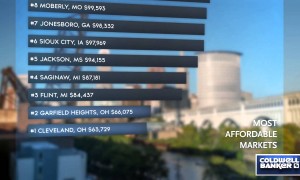 Coldwell Banker home value estimator tool that will allow you to compare the market value of your home with other real estate markets in the HLR by running a customized report
Lindsay Listanski Nov 6, 2013
https://6nb29bly7g.execute-api.us-east-1.amazonaws.com/ProdStage