The Houston Astros’ ace pitcher shows us why home is where the beard is.

Last week, we hung out in Heidi Watney’s urban retreat.  This week, we are heading down to Houston to step inside the home of one of the best pitchers in baseball.

I sort of have a personal bone to pick with Dallas Keuchel for two reasons.  One, he single handedly ruined my beloved Yankees’ chances of getting to the next round of the playoffs last year by beating them up in his three crucial starts against them (he was so good, he didn’t even let the Yanks score one run).  And two, I am insanely jealous of the beard that has become his trademark.

When Dallas Keuchel isn’t breaking bats (and the hearts of opposing fans alike), he is relaxing 26 floors above his place of business: Houston, Texas.  While the hustle and bustle of downtown works for game days, Dallas wanted a place away from the craziness to unwind after games down the road or across the country.

Wrapping around from living room to bedroom, Dallas Keuchel’s patio is the place where he can hang out after another dominant performance and overlook his kingdom.

The lefty hurler then shows off his incredible range in decorative taste.  There aren’t many homes that can pull off both art from nationally recognized Houston artists, and Disney stuffed animals.  But Dallas’ does. (With his “wild” beard, can you guess to which Disney character his girlfriend likens Dallas?)

Find out why they say everything is bigger in the Lone Star State by checking out some Houston homes with Texan charm.

Finding a Home in Houston for Jeremy Lin 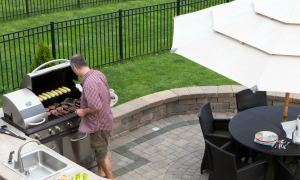 Which of These Patio Umbrellas is Right For Your...

Spruce up your patio with one of these stylish umbrellas.
Lindsay Listanski May 9, 2017 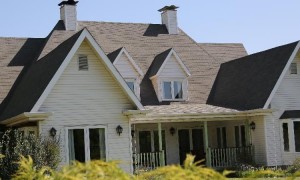 As Benjamin Franklin once famously opined, the only certainties in life are death and taxes. Don't let your property taxes be the death of you. Follow this guide to understand how your home is taxed,...
Tiffany Aller Apr 8, 2015
https://6nb29bly7g.execute-api.us-east-1.amazonaws.com/ProdStage