Dumbo NYC: Things to Think About Before You Move There

Dumbo NYC is gorgeous, offers breathtaking views and vistas of the city, and is a great place to raise a family. That being said, there are things you should know about the nabe before you decide to plant your flag there.

Dumbo NYC: the first thing that grabs you is the area’s name. Dumbo? Is this nabe nursing an inferiority complex? Far from it; the name Dumbo is an acronym, standing for “down under the Manhattan Bridge overpass.” If you’re curious about where that is, here’s your answer: The neighborhood rests underneath the Manhattan Bridge overpass. Many people are drawn to Dumbo NYC due to the Brooklyn neighborhood’s proximity to Manhattan, the glorious views its city vistas affords its residents, the gorgeous (and pricey) condos and lofts that make up its residential landscape, and the area’s growing proliferation of high-tech companies and start-ups. While the area is awesome, there are certain things you should know before you move there.

Dumbo NYC is awesome and beautiful, but it’s also pricey for people who are on a tight budget. The average rent for a studio in the area is $3,220 per month, one-bedrooms will run you $4,139, and two-bedrooms average out at $5,588 per month. The median sales price is around $1.4 million, putting it out of reach of many first-time home buyers.

If you’re looking for a Brooklyn neighborhood that can bring the nightlife, keep taking the F train past Dumbo because this is not the place to be. Sure, there are popular bars and haunts like the performing arts space St. Ann’s Warehouse and 68 Jay Street Bar, but Dumbo is not really an after-work destination unless you’re heading out to an event at Brooklyn Bridge Park. This could be an issue for someone who likes to live in the midst of a happening area, while it could be the perfect setup for people who prefer a neighborhood that settles down for the night when they do.

It’s kind of hard to believe, but that lackluster nightlife thing extends to restaurants as well. That’s NOT to say that there aren’t any good restaurants in Dumbo; there are. Head to the gloriously gorgeous industrial-chic Atrium Dumbo for exquisite contemporary French fare and a chill vibe, or chow down on tasty sandwiches and indulge in a glass of wine at the neighborhood favorite Cuper. It’s just that for a neighborhood so high-end and chock full of glorious residences and high-tech firms, you’d expect to find a supporting cast of amenities to support it. Needless to say that they’re probably coming, but for now, Dumbo-ites can take advantage of their close proximity to Manhattan and more happening Brooklyn nabes.

If you’re a runner or simply an athletic person, you’ll love the fact that Brooklyn Bridge Park is a hop, scoot, and a jog away. With its basketball courts, volleyball courts, and bike/jogging paths, it’s a great space for people who are looking for outdoor activity space nearby. One downside is that those spaces can get pretty crowded during the warmer months, so time your workouts accordingly.

It’s in a Flood Zone

Dumbo was hit pretty hard during 2012’s Hurricane Sandy, thanks to its position along the East River. Current and future residents should be aware of their location in the flood zone and be up to date on what to do in the event that flooding occurs again in the future.

Welcome to Wynnefield, PA
Line Up for Line Dancing in Dallas 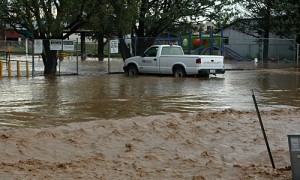 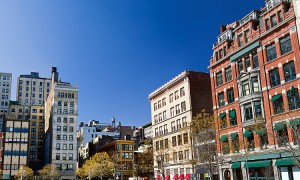 Finding affordable NYC neighborhoods to live the wonderful New York City lifestyle is certainly a possibility. Along with the rise in the cost to buy or rent in the Big Apple, there are also cool,...
Carol Ruth Weber of weberlifedesign.com Dec 2, 2016