A New Found Appreciation for Home, Neighbors and Community

I sit at home, recovering from an injury and surgery, not feeling sorry for myself, but being incredibly grateful that we own a home and have established roots in a community where people have taken amazing care of me, David, and our two boys. My husband David , a VP in Coldwell Banker’s corporate office, has blogged here before, and when I suggested over the weekend that he write about something extraordinary that’s happened to our family, he turned the assignment over to me.

So, here I sit at home, recovering from an injury and surgery, not feeling sorry for myself, but being incredibly grateful that we own a home and have established roots in a community where people have taken amazing care of me, David, and our two boys.

On October 5th, I came home from work and decided to throw in a load of laundry before picking our younger son up at school.  And then, I simply missed a step carrying the basket downstairs, landed badly, sprained one ankle, and broke and dislocated the other.  I was fortunate to have fallen in a place where I could easily reach my phone.

My first call?  Not my husband (who was a 45-minute drive away and couldn’t do much for me), or even 911.  I called Linda, our next-door neighbor, who dropped everything, came over (she called 911 when she realized she probably shouldn’t move me), and stayed with me until I left in an ambulance.  Of course, any friendly neighbor would probably have done the same thing.  But it didn’t end there.

I made just two phone calls from the ambulance (David was already on his way to meet me at the hospital).  I called Nellie, a mom whose son was supposed to come to my house Friday afternoon.  Could she take our son Michael instead?  “Of course.”  And I called the mom of our older son Matthew’s friend, who offered to be his “point person” should he need a ride or a house to hang out at that afternoon, once he finished after-school play practice.

I spent the weekend in the hospital, having surgery to implant a plate and handful of screws in my broken ankle.  I knew David would be able to handle things at home.  But what was going to happen when I returned home, unable to drive, walk, or do the everyday things that keep our household running?

I returned home Sunday afternoon, and then saw how valuable the roots on our street, in the schools, and in our community could be.   Neighbors filled our refrigerator with delicious home-cooked meals.  A friend offered to bring Michael back and forth to elementary school for as long as I needed, and she continues to show up at 8:25 every morning.  A mom I know (and not even very well!) through the kids’ schools told me not to worry about getting Matthew home from play practice at middle school.  Ever.   A neighbor has been coming by every morning to walk our feisty little dog.  Another neighborhood family cooked several amazing dinners and brought their 3- and 5-year-old with an adorable handwritten get-well card.  Nellie (Michael’s friends mom) not only cooked us dinner and cookies, but came over one day (along with her baby in a Baby Bjorn!) to use her physical therapist skills and help me adjust to crutches.  Another friend (also met through our kids) offered to bring me to a follow-up appointment with the orthopedist on her day off.  Nicky (the mom of one of Michael’s friends) took me to pick up equipment and a handicapped permit, helped me get out in the world on crutches for the first time and brought me to Starbucks.  Nicky has driven me around more than David since my accident, to the point where we’re joking about getting her a chauffeur costume.  And as I was writing this, I received an e-mail from a woman whose daughter went to preschool with Matthew, and our families just met back up in middle school after a 6-year hiatus.  She let me know she’s going to Costco and would be happy to drop off whatever I might need on her way home.  The point is that ANYTHING that ANY of us have needed has been taken care of by these amazing people, and usually without us even asking.

Keep in mind, these are not all“old” friends.  Some we’ve met just by proximity because we live on the same street.  Others we’ve met through activities our kids have been involved in, or just saying hello as we bring our kids to school.  But it turns out that what could have been a major crisis my life, and an enormous disruption in the lives of my husband and kids, has instead turned into this amazing lesson about gratitude for our neighbors and community. 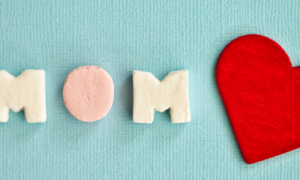 Honoring Mothers everywhere with a few Coldwell Banker network stories of a few teams of Mothers and their children.
Gustavo Gonzalez May 10, 2020 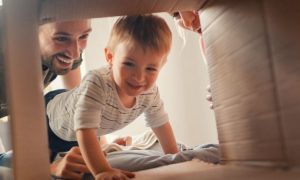 No one likes to move and that includes kids! These 4 things to keep in mind should help make the transition to a new home and neighborhood easier for the entire family.
Gustavo Gonzalez Jun 17, 2019
https://6nb29bly7g.execute-api.us-east-1.amazonaws.com/ProdStage