The pace of home entertainment evolution is dizzying but Sony continues to keep up with the pace.

When you think of big players at CES, Sony Electronics is usually one of the first brands that come to mind. At this year’s consumer electronics show Sony once again proved to be the King of marrying home technology with style.

Home entertainment is one of the fastest evolving categories when it comes to consumer electronics and Sony has done a tremendous job of keeping up with the pace. One might think that smart TV growth would be curtailed with the recent emergence of over the top devices like Roku, Chromecast and Apple TV – but according to Sony product manager Joseph Sam, that couldn’t be farther from the truth.

In short, people who are using the aforementioned 3rd party interfaces are actually just making a less smart tv smart. Sony is building the smartest tvs around by leveraging Android technology which allows users to stream Hulu, Netflix and others directly from the TV interface.

Something that is in fact a dying a breed? TVs that have a thick black box backing attached to them. Sony TVs are designed using Slim Backlight Drive which not only shrinks the width but also provide a clearer picture.

“How long can I stay in this chair” That is thought any couch potato binging on Netflix or spending a lazy Sunday watching football has thought, and Sony hopes that their smart TVs will keep them there for as long as they want to. stay whether it is due to their amazing picture quality, clear sound powered by Sony sound bars and wireless subwoofers or with their higher end TV’s ability to control lighting systems or IP cameras at a front door.

There is so much more covered in the interview from Sony’s #1 game console Playstation to why they have decided consumers aren’t quite ready for OLED technology. Watch it here: 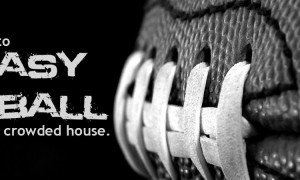 A Father’s Guide to Fantasy Football...

Dominate your league while defending your crown for father of the year.
David Marine Sep 12, 2014 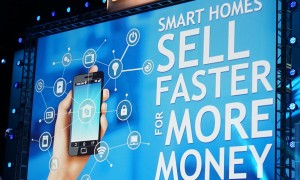