While we don’t have any listings in other planets or galaxies, we do happen to have homes on coldwellbanker.com in 51 countries. In the spirit of the new film being released next week; join us for a look at some Star Trek inspired homes.

Space: the final frontier. These are the voyages of the Starship Enterprise. Its five-year mission: to explore strange new worlds, to seek out new life and new civilizations, to boldly go where no man has gone before.”

Few television franchises have enjoyed the staying power or success of the various Star Trek incarnations. From the iconic Captain Kirk and Spock to the cool and calm Captain Jean Luc Picard; we’ve marveled at their intergalactic adventures for over 45 years now.

From battles with the “Borg” to Spock’s obvious adoration of Kung Fu, there’s been a whole lot to enjoy during the various series’ and films. Yet, at its heart, the core of Star Trek and its success is that these characters are on the search for one thing – Home. To “boldly go where no man has gone before” by leaving the comforts of their own homes to discover new ones with new people in far off galaxies and planets.

While we don’t have any listings in other planets or galaxies, we do happen to have homes on coldwellbanker.com in 51 countries. In the spirit of the new film being released next week; let’s take a look at some Star Trek inspired homes.

Beam Me Up Scotty

As one of our “Home of the Week” features, this futuristic home on Lake Tahoe would surely fit in on any Star Trek set. While every detail of this home has a sleek ultra modern feel to it, one of the bathroom showers is eerily reminiscent of the “Transporter” that teleports Star Trek officers or other living beings to other places. I’d take this over plane travel any day of the week. See the side by side image below to see for yourself! This 7,400 square foot masterpiece in the mountains of Arizona is large enough to house your own Star Trek crew. The beauty of this true South Western styled home is punctuated by the open outdoor kitchen with a view that looks like you’re in your own spaceship  returning home. The first thought that came to mind when I saw the exterior of this home was “Starship Enterprise”! The spaceship design from Star Trek is highlighted by the large circular disk that sits at the front and houses the crew. The sun terrace that extends from this home suspends you over a pristine pond and not over Earth, but it certainly looks like it could. On board any Star Trek ship, the magic truly happens on the “Bridge”, which is where the entire crew gather together on their comfortable seats and handle their space duties. In this magnificent estate complete with perfect ocean views, the magic truly happens in the separate theater structure with Star Trek like seats and a screen just as large as Jean Luc Picard’s. In watching Star Trek, it becomes quite evident that just like us, their favorite color is blue. Any trip through the Federation ships and you’ll notice the cool and soothing glowing blue color lighting the way. The sleeping quarters in this all glass contemporary home takes a queue from Star Trek as well, as it is dominated by the subtle but eye grabbing blue light under the mattress and highlighting the bathroom door. Well that’s a look at some Star Trek inspired homes from coldwellbanker.com!. We’re excited about the new soon to be released film, “Star Trek: Into Darkness”; will you be watching?

*Beam Me Up Scotty Image Courtesy of: Wiki

*All Aboard Image Courtesy of: Star Trek Desktop Wallpaper 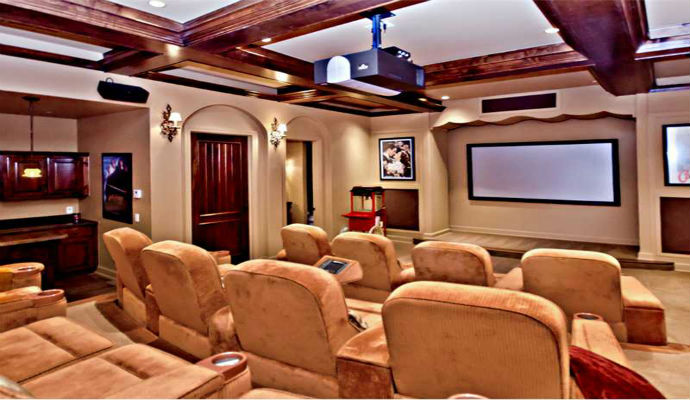 Classic Movies You Need to Watch this Holiday...

Here are some of the classics I'll be enjoying this season with my loved ones.
Lindsay Listanski Dec 9, 2013 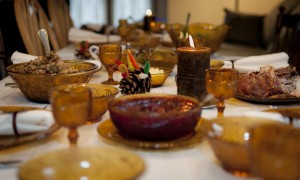 Thanks for Giving Us the Memories

Join the Coldwell Banker Home Office family as we share our most cherished memories from Thanksgivings past and look forward to happy times ahead.
Sam Shalom Nov 24, 2015 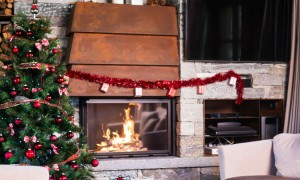 You can still be festive. These tips will help you celebrate — without alienating would-be buyers.
Victoria Keichinger Nov 26, 2018
https://6nb29bly7g.execute-api.us-east-1.amazonaws.com/ProdStage