The Second Avenue Subway: No, Really!

The Second Avenue subway is no longer a unicorn. It’s actually here, with Phase 1 up and running. If you’re wondering how this will affect commuters as well as real estate in the area, you’re not alone. So, what effects will the line have on residents?

Remember once upon a time long, long ago when you’d mention the Second Avenue subway (the “T” line), people would stare at you before bursting into laughter? This mythical train line was like the Abominable Snowman or Bigfoot or cheap, gorgeous NYC housing scores: Everyone had heard about it, but no one was quite sure it was real. Well, take off your tin hats because the Second Avenue line is actually a thing now: Phase 1 of the Second Avenue subway is actually open! Completion dates for subsequent phases remain unclear. But this is about Phase 1!

Things to Know About Phase 1

The Second Avenue subway is being built in three phases, and the first phase was completed on January 1, 2017. Ultimately, the line will span 8.5 miles and link 16 stations. Brand new stations are up and running at 96th Street, 86th Street, and 72nd Street. Starting at the newly renovated 63rd Street and Lexington Avenue station, Phase 1 of the Second Avenue train links to the Q train at the 63rd Street station and extends up Second Avenue all the way up to 96th Street.

What Does This Mean for Commuters?

The impact of this first wave has been immediate, as it is already helping to decrease overcrowding on the city’s infamous, overburdened—and ONLY—East Side train, the Lexington Avenue 4, 5, and 6 line. This new line provides much-needed additional service to over 200,000 riders per day.

How Will It Affect Real Estate on the East Side?

One of the biggest secrets of the Upper East Side of Manhattan is that although it had (well-deserved) reputation for being an expensive part of the city, it could also be very affordable for people who agreed to live in buildings furthest east in areas like Yorkville. This is because it was quite the trek getting from apartments on 1st and 2nd Avenues all the way to the Lexington Avenue line. The trek itself was bad enough; throw in inclement weather and it became clear why apartments in this part of town could be had for a comparative song. Thanks to the new subway line, people living in the easternmost areas of town no longer have to feel like they’re commuting in from the suburbs. Commute times are being cut

What Can You Do?

If you’re a long-time renter in the area, you’ll need to find out what your long-term prospects are. Will you be able to stay put, or could your landlord be considering a rent increase that prices you out? Would it be possible for you to buy? If you’re an owner, you may be wondering if it’s a good time to sell or if you should sit on the property for a while. A reputable real estate agent can help out in both of these scenarios. Speaking with someone who has in-depth knowledge of the area and the market can help you put your mind at ease.

Contemporary Art in NYC: Where to See It
Seven Decluttering Tips for the New Year 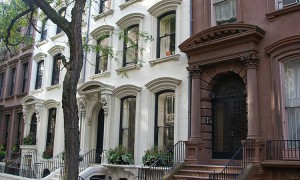 Undeniably beautiful, brownstones also tend to have particular quirks. With this guide to the brownstone apartments NYC has to offer, you should be on your way to making the decision about whether...
Sakai Blue Dec 30, 2014
https://6nb29bly7g.execute-api.us-east-1.amazonaws.com/ProdStage