In an era where the pop music charts are dominated by thumping 808 drums, European Dub Step-esque Synths and topics more fit for late night TV – an unexpected little folk song latched onto the American consciousness to become one of the biggest songs of 2012.

From the moment Phillip Phillips performed “Home” on the American Idol stage, the tune all about “making this place your home” flew to number 6 on the Billboard charts, went triple platinum and was even featured as the theme song of the Summer Olympic games in London.

Although Phillips is a noted talented songwriter, he was given “Home” to perform on the American Idol finale as his coronation single by Interscope Records head honcho Jimmy Iovine. The song was co-written by Drew Pearson who had intended for the song to be recorded by English singer and friend Greg Holden. As fate would have it, Drew sent the song in for last minute consideration for the Idol finale and the executives at the label fell in love with it immediately. The rest is history. When Pearson and his writing partner Greg Holden submitted “Home” for consideration, they specifically wanted Phillips to sing it because they felt that “the sentiment lined up nicely with his experience.” Pearson is referring to the “homecoming” episode where emotions were high when the cameras went to Phillips’ tight knit community who showed so much love and support for the young aspiring singer. Pearson told the Hollywood Reporter that “you could see that it’s a small town and everybody knows everybody. It ended up being perfect for him.”

After rehearsing for hours upon hours, the song grew on Phillip Phillips and he was even famously brought to tears while singing it after he had been announced as winner of the 11th season of American Idol.

It’s hard to pin point exactly what makes a song great. The best way to describe “Home’s” success is that it just makes you feel good. It makes you feel good because at the core of it, we all on some deep level believe in the power of ‘home’. And the emotional tone of the singer’s voice when he says “I’m going to make this place your home” brings back all the warm and happy memories we’ve had and look forward to having at home, with loved ones.

Settle down, it’ll all be clear
Don’t pay no mind to the demons
They fill you with fear
The trouble it might drag you down
If you get lost, you can always be found

And if you haven’t heard yet, we thought that “Home” would be the perfect backdrop to our new 2013 Advertising campaign. Check it out here! 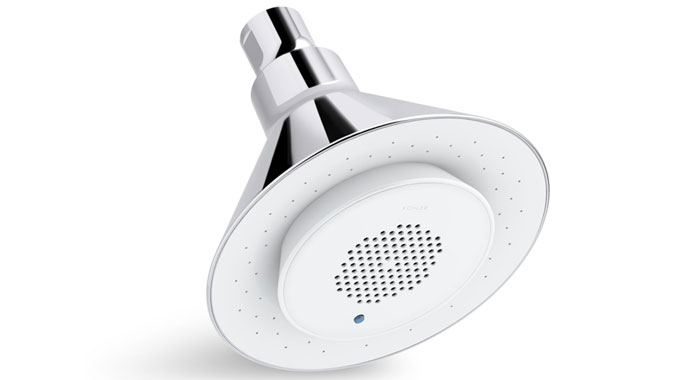 The Perfect Shower Head for the Home of the Next...

This week on FOX millions of people watched what has become a mystery wrapped in an enigma. Yes, I'm referring to Nicki Minaj's hair, but also the fact that it's the annual season for American Idol...
David Marine Jan 18, 2013

Vote in the 1st Ever Coldwell Banker #HomeRocks...

Home and music. Music and home. The two certainly go together. Outside of love, my best guess is that more songs are written about home than anything else. There is something special about coming...
Carla Hayes Jan 13, 2014
https://6nb29bly7g.execute-api.us-east-1.amazonaws.com/ProdStage