Where to Find the Best Dog Parks in NYC

“Where are the closest dog parks?” This is one of the first questions dog owners ask when considering renting or buying an apartment in New York City. NYC is a dog owners’ town — just because most of us live in apartment buildings doesn’t take away from the fact that we love our pets. But since NYC isn’t exactly crawling with miles of rolling hills and pastures, pet-friendly spaces are an important consideration for dog owners looking to move here. Below are just some of a few of the neighborhoods with the best dog parks in NYC.

Some Upper West Side residents bristle at the suggestion, but there’s a reason that many refer to the Upper West Side as a suburb within the city. Great schools, amazing restaurants, fabulous shops, varied housing stock, and easy access to parks make this a great neighborhood for growing families with kids and pets. For dogs in particular, the area is a canine wonderland, with plenty of parks and dog runs for four-legged familly members. The Morningside Park Dog Run spans Morningside Park between 114th Street and 117th Street. Mature trees provide plenty of shade, making it particularly lovely during those occasionally brutal NYC summers. Owners and dogs often arrive at the park to find bowls of fresh water set out for thirsty pups. The Bull Moose Dog Run on 81st and Columbus near the Museum of Natural History is actually two dog runs, with one for big dogs and one for small dogs. Pet stores in the area abound, as do vets, for those days when Fido just isn’t feeling himself.

Any doggy parents worth their kibble know that the East Village is practically Mecca for dogs — especially Tompkins Square Park. The site of the very first dog run in Manhattan that allowed off-leash dogs (it’s actually called “First Run“), Tompkins Square Park is the park that made dog parks a “thing” in the city. There are benches for pet parents to sit on, tons of shade, and separate runs for big dogs and small dogs. There’s even a small splash pool where dogs can cool off, as well as a hose for cleanup. For people who live up a bit further north in the East Village, there’s the Stuyvesant Park Dog Run on East 15th Street. There’s lots of seating and it’s pretty well shaded. It’s also got a cobblestone and pavement base, making it perfect for pet owners who don’t want their dogs to get filthy from a dirt run. If you do want to give your pooch a quick hose-down, be aware that there’s no water source in this dog run.

The 843 acres of Central Park makes the Upper East Side one of the best neighborhoods for dog owners. Fido can run around leashless before 9 a.m. and after 9 p.m. All other times, he needs to wear a leash. There are certain areas of the park where your dog has to wear a leash at all times, including Strawberry Fields. There are also parts of the park where dogs are never allowed, including Sheep Meadow and any of the Park’s bodies of water. If you reach out to the Central Park Conservancy, they should be able to point you toward the most dog-friendly areas of the park.

Home of the Week: A Work of Art in Atlanta
Spring Outdoor Decor Ideas for Your Philly Home 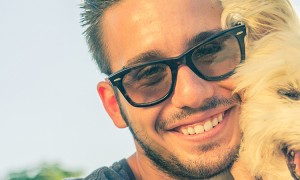 Dog-Friendly Philly: What to Do with Your Canine...

Do you love dogs? So does Philadelphia. From dog runs to locally owned pet stores, you'll find plenty of places to help you pamper your pet in the city. While you might need to make some adjustments...
Amy Freeman May 4, 2016 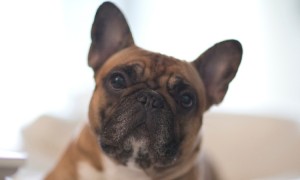 New York City dogs are just like their humans, living a unique lifestyle that only the city offers. Living in NYC with your furry friend can be fun and thrilling, creating a comfy place to live as...
Carol Ruth Weber of weberlifedesign.com Jul 29, 2015
https://6nb29bly7g.execute-api.us-east-1.amazonaws.com/ProdStage