The Home of the Future Needs an Operating System

Forget about Rosie from The Jetsons. Think Jarvis from Iron Man.

While people claim that they are an “Apple household” or a “Windows house” the question I am posing at this year’s Consumer Electronics Show (CES) is “Does your home need its own operating system?”

I’m starting to think the answer is yes.

Home automation is by far the most popular topic at this year’s CES. There are hundreds of booths touting how they can help you manage your home’s temperature, appliances, lights and even water from an app on your smartphone. I’ve spoken to dozens of these companies and I ask them all the same question, “What makes yours different than the others?”

They always have an answer, but when you get past the sales pitch the truth is the differences aren’t that distinctive. The variety of options available is eerily similar to the choice between apps inside the App Store on my iPhone. If you search on the App Store for “photo editor” you will get back thousands of results. Each app will do something slightly different or have a different layout or a special feature, but they all do the same thing: edit photos. What ties all these apps together is the fact they run on the same operating system of either iOS or Android depending on what phone you have.

With a myriad of home automation choices now hitting the market, will the time soon come that our homes will have its own operating system that will allow us to then manage it based on the app of our preference. I’m talking about a hardwired system that is part of the infrastructure of the home. These would be the digital pipes in our walls that we know help the house run. The Sage home security and automation system from Hughes is close to achieving that. Their home automation system runs on both your TV and mobile devices while aggregating the different services into a singular screen. Instead of looking at one app for monitoring electricity usage and then having another app for security, Sage allows access to all these features from a central hub, but I see the potential for them to possibly open up their system for others to add functionality through a Home App Store of sorts.

I like the idea that Sage is using the TV and mobile devices, especially as the adoption of HD video cameras for security or seeing who’s ringing the doorbell becomes more prominent. I also wonder if the likes of Google or Microsoft jump on this opportunity sooner and work with home builders to start laying a foundation (puntastic!) for this function to be embedded in homes when they are first built.

While people often reference The Jetsons as an example of how this home automation will work, I actually think we’re closer to having something like Jarvis from the Iron Man series. If you’re not familiara, Jarvis is artificial intelligence that Tony Stark (a.k.a. Iron Man) speaks to in his home as well as while in his Iron Man suit (think car for us in the real world) to help him achieve various tasks. Jarvis responds to voice commands, but also knows and learns Tony Stark’s habits and adjusts things for him based on his habits and preferences.

Your home will eventually have a Jarvis. For right now though, I think an operating system with a home app store should be something companies work on for CES 2016.

Be sure to check out all our CES coverage by visiting blog.coldwellbanker.com/ces. 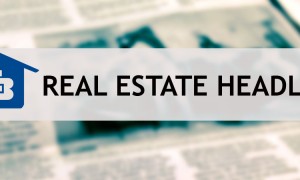 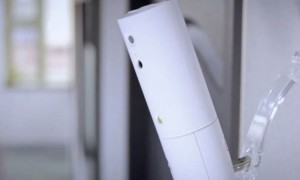