I grew up in a house that beeped every time you opened a door to the outside. Evidently it was a security system feature to let you know someone was entering or exiting the house. Made it extremely difficult to sneak out at night, but that system might as well be from the Flinstones era with the new home security systems being unveiled at CES this week.

For me the biggest question is how easy is it to install? From the looks of it the iSensor HD is about as simple as installing a new wireless doorbell. Hang it on a wall. Connect it to your home network. Then setup the app and system to the settings you want.

The iSensor HD is being promoted for use both at home or even at an office, but can it compete with the likes of DropCam? Only time will tell, but iSensor appears to be as simple as it gets.

Here’s a video highlighting some of the basics of what iSensor HD can do:

Live from CES: A Smarter Home = A Smarter Family
Would You Want a Firefox Browser to Control Your Home TV?

How Security Cameras Can Improve After-School...

Keep your kids safe with these tips from Home Depot.
Lindsay Listanski Sep 2, 2015 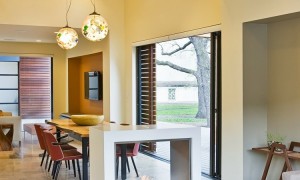 When it comes to smart home technology, security is what matters most to today’s home buyers.
Lindsay Listanski Mar 11, 2015
https://6nb29bly7g.execute-api.us-east-1.amazonaws.com/ProdStage