A Robot that Protects Your Yard from Intruders

PatrolBot Mark II which is a telepresence robot that will deter intruders using gentle deterrence in the form of a light, horn, or water sprayer.

Sick of varmints causing chaos in your garden? Inventor Steve Norris created a solution. Steve created PatrolBot Mark II which is a telepresence robot that will deter intruders using gentle deterrence in the form of a light, horn, or water sprayer.

“Being a telepresence robot, the PatrolBot Mark II is controlled from the comfort of its creator’s living room. The robot beams a live video feed of everything it sees back to Norris so he can keep up on all of the news from the yard. If he sees an unwelcome visitor, he can beep the horn, shine the light or (our favorite) spray the water gun to scare it/him/her away.” (gajitz)

Here is an example of PatrolBot Mark II in action: While this rabbit is clearly NOT REAL we think this is a pretty neat little invention that can get rid of critters without causing them harm like harsh chemicals and other deterrents would.

You can check out more of Norris’ work here 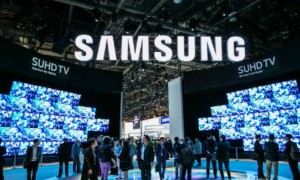 Samsung's newest products will help you cook, clean and relax like never before.
Darren Hoffman Jan 11, 2016

Last week we featured a post about the 10 ten real estate bargains for retirees, which are all desirable areas for people of any age. As I mentioned before, my love for Ben & Jerry’s has me leaning...
David Marine Jul 19, 2010 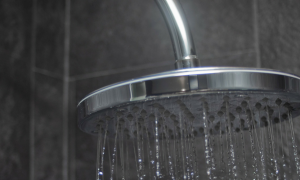 Do You Have the Right Showerhead in Your Bathroom?

Today's showerheads encompass a wide range of spray patterns, adjustability and water saving features to give nearly everyone a personalized showering experience in the comfort of their own bathrooms.
Lindsay Listanski Jul 20, 2017
https://6nb29bly7g.execute-api.us-east-1.amazonaws.com/ProdStage