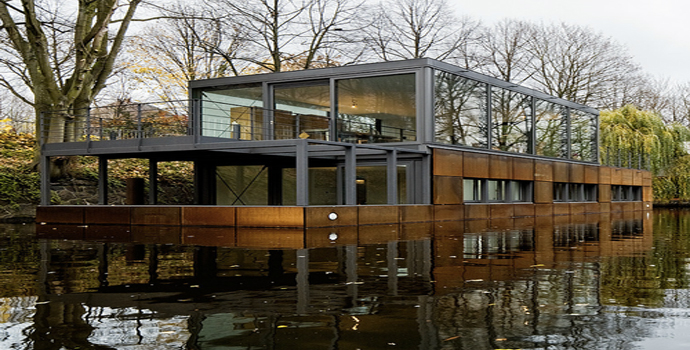 Are Houseboats the Future of Upscale Living?

SHARE Guest Post by Rob Wachter Seattle houseboats, made famous by the film Sleepless in Seattle, could be the future of upscale living. Imagine: a view of the downtown skyline from your living room. Or direct access to Lake Union in your front yard. Rainn Wilson, Seattleite and star of the hit TV series The […]

Seattle houseboats, made famous by the film Sleepless in Seattle, could be the future of upscale living. Imagine: a view of the downtown skyline from your living room. Or direct access to Lake Union in your front yard.

Rainn Wilson, Seattleite and star of the hit TV series The Office, was born on a houseboat in the 1960s. And, even though Tom Hanks only pretended to live there for the sake of the movie, he may have put Seattle houseboats on the map.

The city may be a hundred feet away from these homes atop Lake Union, but living on a houseboat has a different feel than the urban pace of downtown high-rises. Usually one-level, but sometimes as many as three, floating-home owners are a tight-knit community.

“It’s like living in a cabin in the winter and being at the beach in the summer,” Sue Nixon, a houseboat owner, said, when quoted in The Seattle Times.

Many of these simple houses built on rafts have been transformed into million dollar homes, like this one. The first homes belonged to workers in logging camps in the 1920s — the classic ones with round roofs and designed by people who made their living on the water. In the 1930s, there were over 2000 houseboats.

Since the 1930s, they’ve been home to respectable poor, rebellious Bohemian artists, college students and the wealthy. Today, only about 500 have remained.

“Floating homes are as much a landmark as the Space Needle for many.  Of course, everyone is drawn by the water and the peaceful setting in the midst of the city’s urban bustle…[But what people may not know is that] those on docks tend to become friends and neighbors who actually care for one another, ” said Beth Means and Bill Keasler on the website for the Floating Homes Association.

An exhibit at the Museum of History and Industry (MOHAI) called Still Afloat: A Contemporary History of Seattle’s Floating Homes opened in June and is open through November 3, 2013. One of Seattle’s many distinct neighborhoods, houseboats on Lake Union have a history as old as Seattle itself.

For more on romantic luxury homes with character, check these out: http://previewsinsideout.com/news/a-home-to-love-the-most-romantic-luxury-homes

Guest Blogger Rob Wachter is the Inbound Marketing Manager for Coldwell Banker Bain. You can read more posts by Rob on Fences and Flowers. 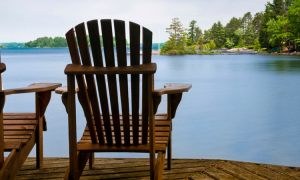 Lakeside living: where shoes are optional, but relaxation is mandatory.
Victoria Keichinger Jun 30, 2016