SHARE If the forces of nature allowed me to choose a town based on solely on its sports rankings, my life would be filled with hot dog eating, three point shooting bliss – and I would choose a home right down the street from the stadium to make sure I never had to deal with […]

If the forces of nature allowed me to choose a town based on solely on its sports rankings, my life would be filled with hot dog eating, three point shooting bliss – and I would choose a home right down the street from the stadium to make sure I never had to deal with traffic or mass transit to cheer from the sidelines. So when Sporting News magazine released its list of the Best Sports Cities across America, I thought, now THIS is a ranking I can relate to. Looking at the 12 months from summer 2009 to summer 2010, the list is based on point values assigned to a variety of categories including win-loss records, postseason appearances, applicable power ratings, number of teams and attendance. This year, Chicago (+ Evanston) took the No. 1 spot for its two big league baseball teams, rising Bulls, beloved Bears and even NASCAR Sprint Cup racing – not to mention the “head over heels” love for sports that pours out of every fan in the Windy City.

“Chicago is known as a city with big shoulders,” said Kelly Wong, Sales Associate, Coldwell Banker Residential Brokerage. “We like the underdogs such as the Chicago Cubs. The favorite line that any diehard Cub fan will say is there is always next year. We have been waiting over a hundred years for them to win a World Series. So we will be waiting another year at least.”

Following closely behind is Boston, which as we all know, produces some of the most passionate Red Sox fans you will ever come across. “As a long-time follower and fan of Boston sports, I consider the local teams as essential as food, clothing and shelter,” said Rick Loughlin, president of Coldwell Banker Residential Brokerage New England. “The Red Sox, Patriots, Celtics, and Bruins are part of our local culture and represent Boston as a world class city.”

Sure Boston and Chicago are great, but I still have to go with the Big Apple as the top sports city. Where else can you have in-city rivalry games in all 4 major sports, 5 different local sports channels, the sports Mecca that is Madison Square Garden, and some of the best sports broadcasters on the planet (like Gary, Keith & Ron of SNY)? Nothing like the sports scene in New York, but growing up as a New York sports fan I guess I’m biased.

Show us  your passion and tell us where you think the best sports city is and check out the Sporting News’ 10 Best Sports Cities below or take a look at the full rankings here: 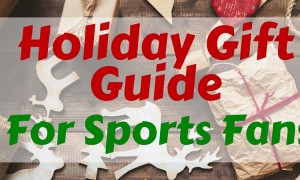 Hit a grand slam this holiday season with these fun gifts for the ultimate sports fan!
Sam Shalom Dec 3, 2015 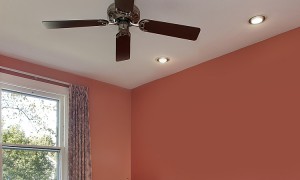 Ceiling Fan Decor Tips to Dress Up Your Space

A ceiling fan can help ventilate your home and cool things down on a hot day. But sometimes a fan can be an eyesore. If your home's ceiling fan looks like it belongs in another decade, here are some...
Amy Freeman Jan 10, 2017
https://6nb29bly7g.execute-api.us-east-1.amazonaws.com/ProdStage