France offers something for everybody. Untouched countryside for nature lovers, an abundance of mountains for the adventurous, vibrant Parisian night-life for the jet-set, and vintage wines and haute cuisine for foodies – just for starters. Hear all about what makes France a wondrous place to call home.

I am not the same having seen the moon shine on the other side of the world. – Mary Ann Radmacher

On the last leg of a two week trip riding trains throughout much of Western Europe, my girlfriend and I made our way to Paris for what was supposed to be a two day stay. We almost didn’t come back! Romantic strolls down cobble stoned streets, good books and coffee at the famous cafes that great writers like Ernest Hemingway and F. Scott Fitzgerald frequented, and lively conversations with strangers under the Eiffel Tower as we ate some of the most amazing bread quite possibly ever made – are just a few of the memories of this great city (and country) that are forever etched in our hearts.

As we walked the corridor of The Louvre, we spoke excitedly about how amazing it would be to own a flat in the heart of Paris or a châteaux in the south of France that we’d be able to visit a few times a year..or let’s face it, move to permanently. While I could only dream about buying a home abroad in France, foreign buyers are a huge part of just about every developed country’s real estate market.

Given the increased demand, we launched our “Buying Abroad” series in August with a trip to Italy. In our second installment, we’re honored to hear from Olivier Lecerf from Coldwell Banker France & Monaco, who will talk about the magical “French lifestyle” that comes with buying a home in France.

Nowhere else in the world but in France is there such an exhilarating mixture of culture and climate, history and tradition, sophistication and style.

It is often said that when buying real estate in France you are not buying a property but a lifestyle! Whether you are looking for a new life for your family, a quiet and beautiful place to retire, new challenges for your career or business opportunities like earning a guaranteed rental income, France has all of that and much more!

France is actually one of the most beautiful countries in Europe, offering a much more relaxed lifestyle than any other. It is the world’s most popular tourist destination being one of those rare countries where every region offers something worthwhile and distinctive. France has the most varied landscape and infinite variety, including beautiful untouched countryside for nature lovers; magnificent historic towns and châteaux for history lovers; an abundance of mountains and waterways for sports lovers; vibrant Parisian night-life for the jet set; vintage wines and haute cuisine for gourmets; a wealth of culture, art and serious music for art lovers; and tranquillity for the stressed. The weather is nice and moderate, food is tasty and healthy and the health system is ranked as one of the highest in the world.

As one of Europe’s largest countries, a thousand kilometres from north to south and from west to east, it caters for all individual tastes, and no matter which way you head, any trip through France will be a voyage of discovery. Families who have made the move tell us of a feeling of space, a sense of community, a friendly atmosphere, value for money, warmer weather, a great motorway network and that’s without mentioning the unique history and traditions, culture and style, individual regional characteristics, the incredible variety of places, landscapes, beaches, mountains and hills, leisure and sporting activities, cheeses and wines of all sorts. With an ever-increasing number of cheap flights, destinations and airlines, France is one of the easily accessible destinations to get to. Fast trains, Eurostar, shuttles and ferries are other fast and cost effective ways to get to this fantastic country.

If you’re thinking of looking for a home in France, we suggest you remember these 2 things:

France will always have Paris! – “Paris is always a good idea”, says Audrey Hepburn in the 1954 movie, Sabrina. As her character intimated, Paris has been the most romantic destination in the world in the popular imagination for time immemorial, a perception reinforced by films such as Amelie in more recent years. (Not to mention Midnight in Paris)

France is the whole Europe in one country! France has the lot, both physically (mountains, rivers, coastlines both Atlantic & Med, lakes, plains, great estuaries and anything else you might need, bar icebergs) and culturally. From the German and Flemish-influenced north, by way of Celts in Brittany, Basques, Catalans being noisy about rugby and Perpignan, Spaniards roaming Languedoc and as much Italian incursion as you need on the Côte-d’Azur – not to mention a whole swathe of frankly French French in the middle – you could not want for more.

If Olivier’s description of life in France has peeked your curiosity, visit coldwellbanker.fr to see some of the seriously breathtaking villas, châteaux and flats they have listed for sale.

Paris: Home for the French Open

One of the best grand slam tournaments gets underway as the best tennis players in the world converge on one of the greatest cities in the world, Paris, for the French Open. The clay courts of the...
David Marine May 23, 2013 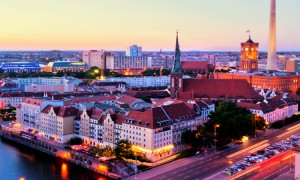 Berlin is often referred to as the "Capital of Cool" - and for good reason. Find out what makes this great European city so hip and an attractive place to buy a primary residence or vacation home.
Gustavo Gonzalez Sep 15, 2016 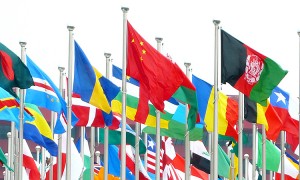 Nowhere in the world can you discover the concentrated amount of diverse cultural activities that can be found in The City That Never Sleeps. Twenty-four hours a day one can step outside their New...
Carol Ruth Weber of weberlifedesign.com Jun 30, 2016
https://6nb29bly7g.execute-api.us-east-1.amazonaws.com/ProdStage