Ever wonder who moved into the Friends Apartment after the series finale? We have an idea…

Ever wonder who moved into the Friends Apartment after the series finale? Curious who might buy the X-Mansion after the apocalypse? We plugged these and other famous addresses into CBx, a proprietary app only available to Coldwell Banker agents that uses big data to identify the marketing profile of a home’s most likely buyer, and have identified the ideal buyer profile for each of these iconic homes.  Do you fit the bill? According to CBx, here are some characteristics of the most likely buyer of this home:
• Median age of residents – 45.25
• Homes with Children – 34.98%
• Average family size – 3.0
• Top 3 Areas Moving to Westchester County – Bronx, New York, Asia
• Buyer Profile – Top Tier (more than 3 times the US household income, purchasing power to induce any choice, net worth over $1.5 million dollars)

Though this is a fake address, it’s one Coldwell Banker knows well, as the official real estate partner of the X-Men: Apocalypse film. Famed home of the X-Men and Professor X, 1407 Graymalkin Lane is located in the very northeast corner of Westchester County. While we’ll let the comic book experts average out the age of the X-Men, forty-five seems pretty in-line with the previous inhabitants of this home–depending on which time continuum we’re talking about, of course. That said, Wolverine may be skewing this on the high side since we’re not really sure how old he is. We also know the “Top Tier” Buyer Profile is fitting, as Professor X certainly had plenty of purchasing power, as evidenced by his underground jet hangar and high security. According to CBx, here are some characteristics of the most likely buyer of this home:
• Buyer Profile – 100% Laptops & Lattes
• Average Household Income: $176,493 – Rachel’s salary as a coffee waitress would likely not cut it.
• Median Age of Residents – 36.97

We couldn’t think of a better name for the buyer profile of this property than ‘Laptops & Lattees’…unless of course you called it ‘Central Perk.’ While Rachel’s coffee waitress salary probably doesn’t fit the average household income of over $150k, we always did wonder how she could afford a 2 bedroom apartment in the middle of Manhattan. At the time of the series finale, the Friends’ ages ranged from 34-37, so pretty close to the 39 CBx predicted. All of that considered, this property is pretty priceless given that you’d live across the hall from your best friends (and a stone’s throw from “ugly naked guy”). According to CBx, here are some characteristics of the most likely buyer of this home:

With an average family size of fewer than three, the CBx buyer profile for this property does not seem to account for the Tanner family of more than 6 residents. But, then again, it was a FULL house. Looking at the predicted average household income around $130k, this could be indicative of Danny Tanner’s career as a TV show host. According to CBx, here are some characteristics of the most likely buyer of this home:

This Albuquerque abode was home to Walter White in the hit series, Breaking Bad. While the home is actually a real address, we thought there were some interesting insights on the CBx buyer profile as it relates to the fictional characters who call this place home. The series begins around Walter’s 50th birthday, so the median age of 44 in the buyer profile is pretty close. With a short commute to the car wash he and his wife own, the roughly 20 minute commute time seems accurate—with the exception of Walter’s trips out to the desert. While the average household income of $88k might be appropriate for what Walter would report on his tax return, it’s likely much lower than the millions Jesse Pinkman and Walter were raking in with their meth operation. And as for the average homeowner’s insurance, we’d recommend a higher premium than $488 with a drug ring being operated out of your home. It should be noted that Coldwell Banker recently listed the home of Jesse Pinkman, so we know a thing or two. 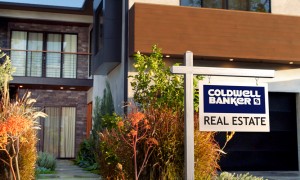 Who is the Only Real Estate Brand with CBx?

Does your real estate agent have the X-Factor to sell your home?
Lindsay Listanski Apr 19, 2017 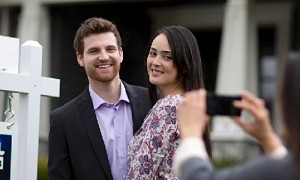 Home Buyer Grants May Be Available for You

Buying a home? You may actually have more downpayment dollars than you think thanks to some of the home buyer grants available when purchasing in Las Vegas. You've got nothing to lose and everything...
Terri D'Richards Aug 5, 2013
https://6nb29bly7g.execute-api.us-east-1.amazonaws.com/ProdStage