One of baseball’s biggest superstars is selling his $2M home

In the last fifty years, more people have claimed to see Bigfoot than have seen a Major League Baseball player win the triple crown.  The triple crown is awarded to a baseball player who finishes the season leading his respective league in total home runs, batting average and runs batted in (RBI).

Before 2012, the last baseball player to achieve this incredible feat was the Boston Red Sox great Carl Yastrzemski in 1967.  Forty-five years later, Miguel Cabrera stepped into the batters box.  And the rest – as they say – is history.

Besides his incredible 2012 triple crown season, the Detroit Tigers’ all-word phenom broke into the Major Leagues in 2003 at the age of 20.  It seems like “Miggy” has been around forever.  Yet, many fans may forget that he is currently just 32 years old.  And like many 30-somethings with growing families, this past year Miguel decided it was time to move from his former home in Birmingham, Michigan to new digs. And when he chose to list his home, he chose Maureen Francis and Dmitry Koublitsky of Coldwell Banker Weir Manuel.

Located in one of the most sought after neighborhoods in Michigan, this custom built tudor home is both close to all of the downtown fun and elementary school. The granite island chef’s kitchen with adjoining morning room is the perfect setting to begin the day.

This wonderful state of the art custom theater room with leather seating was added by the Cabreras shortly after purchasing their home.

The Cabreras recently added an outdoor patio with built in grill and pergola for entertaining in the private, fenced back yard.

To pull off a triple crown, one player must combine the attributes of a mashing slugger and a precision of the best batsman – and never slack for the entire 162 game season.

That kind of excellence could be compared to another: with 1.) one of the best locations in Michigan, 2.) incredible custom amenities and 3.) a backyard fit for kings (or Tigers), this house would win the triple crown of homes, too! 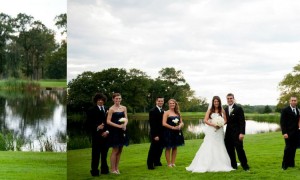 12 Ways to Say I Do to Wedding Home Decor

Don’t we all love an underdog? From Rocky to the 1980 U.S. Olympic Hockey Team to Butler in recent editions of March Madness. But in real estate, allow this to be the third installment of our love...
David Marine May 24, 2012
https://6nb29bly7g.execute-api.us-east-1.amazonaws.com/ProdStage