Can You Guess the Top 10 Cities Americans Are Moving To and From?

40,000,000 Americans were on the move last year, according to the U.S. Census Bureau. For some, the decision came on the heels of a life change like a new job, relationship or baby. For others, warmer temperatures or a cheaper cost of living was the reason for change. Whether these 40 million were upsizing, downsizing or just “rightsizing” for their lifestyle one thing is for sure, there were quite a few cities with revolving doors of people coming and going. For the second year in a row our nation’s capital took the top spot on both lists. Similar to last year, Washington D.C. wasn’t the only city to show up twice. Chicago, San Diego, Phoenix, Atlanta, Los Angeles and Seattle were also cities that certainly kept moving trucks busy.

Planning a move in the next few months? We think you will find these three resources especially helpful:

10 Things You Need To Know Before Moving With Pets

How To Plan For a Successful Move with Children 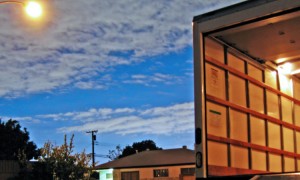 Can You Guess the Top 10 Cities Americans Move To...

If the forces of nature allowed me to choose a town based on solely on its sports rankings, my life would be filled with hot dog eating, three point shooting bliss – and I would choose a home right...
David Marine Oct 20, 2010